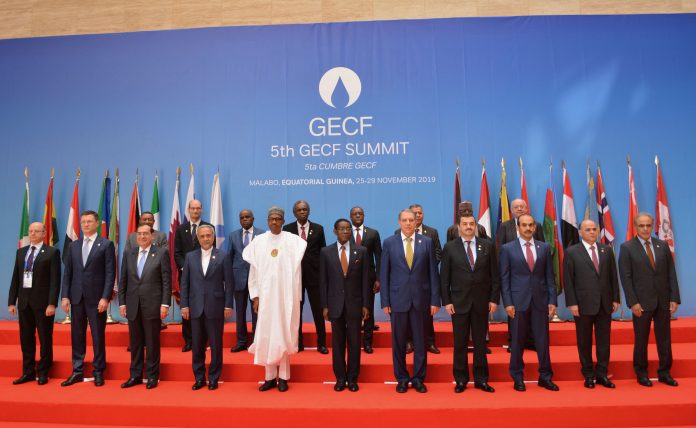 The 5th Summit of Heads of State and Government of the Gas Exporting Countries Forum Member Countries was convened in Malabo, Equatorial Guinea on November 29, 2019, under the patronage of HE Teodoro Obiang Nguema Mbasogo, President of Equatorial Guinea. The Meeting was attended by President of Nigeria Muhammadu Buhari. Iranian delegation was headed by HE Nahavandian Mohammad Agha, the country Vice President.

Gaining interest to the Forum is reflected in ever-increasing interest to its activities among non-GECF countries. The Summit welcomed the Government of Malaysia’s – one of the Forum founding countries –decision to rejoin the GECF. Moreover, the chain of events on the sidelines and the 5th GECF Gas Summit was attended by officials from Democratic Republic of Congo, Mozambique, Republic of Congo, Cameroon, South Sudan, The Gambia, San Tome and Principe.

Summarizing the Statements and the comments by the major decision and policymakers in the gas and oil industry, the Malabo Declaration ‘Natural Gas: Energy for Sustainable Development’ was unanimously supported and approved. The Declaration is available on the GECF official web site.

The Declaration of Malabo specifically highlights the need to promote the GECF cooperation with African countries to use gas as the core source of energy in their development programs and climate change policies, with the aim to overcome energy poverty, enhance development and to mitigate CO2 emissions.

This year for the very first time in the history of the GECF, the Summit is taking place on the African continent. Therefore, special emphasis was made not only at solidifying the role of natural gas in a rapidly evolving energy mix, but also at the role that it is playing and would come to play at global energy markets, and in the African region in particular.

Topics embracing all the chain of the Summit side events, have gained increased interest amongst the organization’s African Member Countries. They were also of meaningful interest for new market players in the region— such as Cameroon, Mozambique, Tanzania, Democratic Republic of Congo, Gabon, the Republic of the Gambia, Mauritania, Senegal, South Africa. Based on the shared opinion, that natural gas is good for Africa, the Forum is set to promote further cooperation with African countries to use gas as the core source of energy in the development programs and climate change policies, in delivering energy to the continent’s consumers, more generally in alleviating energy poverty.

Given to the largest natural gas resources in the world, as well as viable share in gas production and trade, the leading position of the GECF Member Countries is widely acknowledged on the global energy market.The today’s gathering reaffirmed the energy association’s determination to develop these resources for the benefit of producers and consumers, as well as to strengthen global energy security as reliable suppliers of natural gas, the gathering reaffirmed.

Recalling the Declarations of the GECF Summits held in Qatar in 2011, in Russia in 2013, in Iran in 2015, and in Bolivia in 2017, the GECF works to protect the interest of its member countries and to support sustainable development efforts through facilitating access to affordable, safe and clean energy for all. In the era of energy transitions, introduction of discriminatory regulations against cleaner hydrocarbon fuels such as natural gas, disturbs gas markets design, undermines investment in crucial gas infrastructure and new gas supply projects.

The Heads of Government and Delegation repeatedly underlined their commitment to shared goals and values, the principles of sustainable development, enhancing cooperation and development in research, technology, information exchange, knowledge transfer, and the sharing of best practices.

Addressing to the audience, HE YurySentyurin, GECF Secretary General stressed, that current global energy demand which is projected to increase by 30% by 2050. Fossil fuels are expected to cover approximately 71% of this projected total demand. It is worth knowing that natural gas will be the only hydrocarbon resource to expand its share in the global energy mix from its current 23% today to 27%, making natural gas a round-the-clock traded commodity.

Offering appreciation to the host country and its leadership – HE President Teodoro Obiang Nguema Mbasogo, HE Gabriel Mbaga Obiang Lima, Minister of Mines and Hydrocarbons, GECF Secretary General stressed that Equatorial Guinea is a country of great wealth and astonishing diversity over the years, which under able and prudent leadership has been exploring its abundant natural resources and striving towards economic prosperity. The country has built an impressive portfolio of projects in oil and gas sector across all the value chain.

No discussion about the global energy mix would be complete without considering the shift towards cleaner energy and mitigating the effects of climate change. It is imperative that the natural gas industry shall adapt and address the issue of sustainability in order to maintain and expand its share in the global energy mix.

In its capacity of an Observer to the United Nations Framework Convention on Climate Change, the Forum has become an actual contributor towards the achievement of the United Nation’s 2030 Agenda for Sustainable Development. To this end,the Heads of State and Government of the GECF Member Countries acknowledged the essential role of natural gas in the attainment of UN Sustainable Development Goals, in particular Goal 7, as an environmentally friendly, affordable, reliable, accessible and flexible natural resource for ensuring economic development and social progress.

Since the 4th GECF Summit our organization has embarked on a number of new initiatives aimed at increasing the productivity and efficiency and upgrade the international position of the GECF, while meeting the objectives enshrined in the Statute. The Forum has become an active participant in the prestigious global dialogue of IEA-IEF-OPEC on energy outlooks, member of the UNECE Group of Experts on Gas, the Natural Gas Research Program of the Oxford Institute for Energy Studies, JODI-Gas.

Reiterating the pledge to enhance the research capacity, reaffirming a strong belief in disruptive technologies as a driver for the progress,based on the variety of instruments and deliverables such as the GECF Global Gas Model – now with potential application of artificial intelligence and machine learning tools; Gas Research Institute; Special Envoys on Data and Statistics, Data Exchange Mechanism, the Short- Medium and Long Term Gas Market Reviews, Monthly, Quarterly and Annual Statistical Bulletins – our Forum will continue to provide scientific-based insights into the state of natural gas.

At the conclusion of the Summit, Equatorial Guinea has handed over to the State of Qatar the honor to host next 6th GECF Gas Summit in 2021 in Doha.The Ministers and Heads of delegation reaffirmed their appreciation to Equatorial Guinea leadership for the warm hospitality and excellent arrangements made for the Meeting. 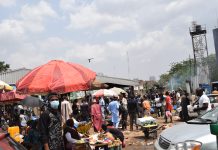 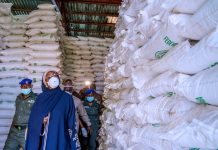