According to a statement issued by the Embassy of Nigeria in Warsaw, Ambassador Ugwu during the credential presentation ceremony, conveyed best wishes and fraternal greetings of His Excellency, Muhammadu Buhari, President of the Federal Republic of Nigeria to President Duda for the continued progress and prosperity of the people of Poland. Ambassador Ugwu also expressed his appreciation to President Muhammadu Buhari for finding him worthy of appointment as his Principal Envoy to the Republic of Poland.

Similarly, Amb. Ugwu stated his desire to further strengthen the existing relations between the two countries. The Nigerian Principal Envoy informed President Duda that the Government of Nigeria was making tremendous progress in key priority areas that have the potentials to positively transform the socio-economic landscape of the country.
Highlighting the various features of relations between the two countries which have been in existence since the establishment of diplomatic relations in 1961, Amb. Ugwu emphasized the need for further exploration of potentials in various areas. The Nigerian Ambassador noted the slow pace of economic activities between the two countries, explaining that one of his major mandates is to spur such activities for the benefit of the two nations. He, therefore, sought for the support of President Duda in the eradication of all obstacles hindering the flow of investment and cooperation between Nigeria and Poland in the areas of Trade, Agriculture, Oil and Gas, Infrastructure, Mining and Military cooperation.

Acknowledging the role Poland plays in brokering peaceful settlement of international disputes, and assistance in humanitarian crises, the Ambassador expressed admiration for the wise leadership qualities of President Duda in bringing about development to Poland as well as his desire to fully integrate into the European Union in terms of Economic development and improving the living standards of Polish citizens.
President Duda in his response assured the Nigerian Envoy of his Sovereign support to succeed in the discharge of his mandates. He said he is interested in collaborating with Nigeria in many areas especially in Agriculture and Defence,
The   spouse   of   the   Ambassador,   Mrs.  Ndidi Elizabeth Ugwu, accompanied him to the Presidential Palace for the presentation. 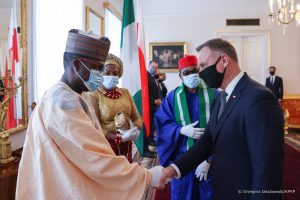 The credentials presentation ceremony was preceded by the inspection of Guard of Honour and laying of wreath by the Nigerian Ambassador. The usual Diplomatic Vin d’honneur (reception) was    hosted by the Nigerian Embassy, Warsaw, after the colourful ceremony and was attended by representatives of the host government,  members of the Diplomatic Corps, Leadership of Nigerian Community and friends of Nigeria. 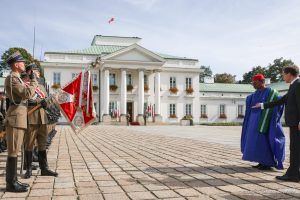 Ambassador Ugwu served the Nigerian Army for 35 years and retired as a Major General in 2013, before being appointed the Ambassador to the Republic of Poland by President Muhammadu Buhari in July 2020.
0 0 votes
Article Rating 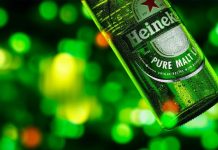 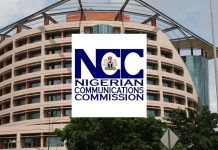 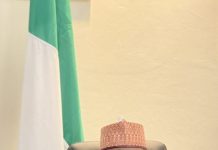 INDEPENDENCE DAY MESSAGE OF NIGERIAN AMBASSADOR TO THE STATE OF QATAR, HIS EXCELLENCY YAKUBU ABDULLAHI AHMED