Management of Standard Chartered Bank said it has reached the goal set in 2011 to raise $100 million for the fight against avoidable blindness and visual impairment.

It said the goal had been reached two years ahead of the Bank’s 2020 target.

According to the statement, Standard Chartered was celebrating 15 years of ‘Seeing is Believing’ global initiative.

Annually, on the second Thursday of October, World Sight Day was celebrated to raise awareness of the 36 million people who were blind and the 217 million people that were visually impaired worldwide.

It said 80 per cent of the blindness and vision loss were curable or preventable.

The statement said that meant four out of five of the visually impaired lost their sight needlessly.

According to the Ghana Blindness and Visual Study (2015), 0.74 percent of Ghanaians were blind, adding that 1.07 percent have severe visual impairment.

It said that was why the Bank was committed to raising $100million by 2020 through the ‘Seeing is Believing”, global initiative, run in partnership with the International Agency for the Prevention of Blindness.

It was to fund leading eye health organisations to deliver projects that trained doctors and health workers, developed eye care infrastructure and supported services to the poor.

The statement said in Ghana, since 2007, the initiative had implemented various projects delivering eye care interventions to millions of Ghanaians across the 10 regions.

Projects undertaken included the construction of fully equipped eye clinics completed with surgery facilities to the training of health workers in identifying and dealing with primary eye health issues.

According to the statement Mrs. Mansa Nettey, CEO Standard Chartered Ghana, said “Over the last decade, the Bank has invested over GH¢13 million to improve the eye health of Ghanaians through the integration of primary eye care into the primary health care across the ten Regions, changing the lives of millions of Ghanaians.

She said the Bank would continue to work with Orbis Africa to expand the delivery of child eye health services from the primary level, through the referral system to the tertiary level through the strengthening of the existing health system specifically in four districts in the Ashanti Region.

With the fundraising goal achieved, the initiative will continue to fund eye health projects up until the end of 2020 and after this point; Standard Chartered will support the fight against avoidable blindness and visual impairment through the Vision Catalyst Fund (VCF).

Led by a group of private sector and philanthropic organisations, the VCF is an ambitious plan to establish a $1 billion fund that will provide eye care to all people in the Commonwealth and around the world. 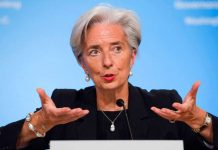 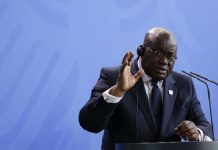 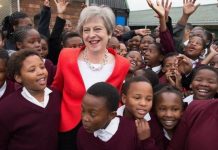 Theresa May to pledge Africa investment boost after Brexit