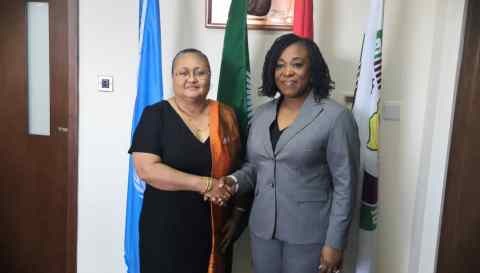 The Ambassador of the Republic of Suriname to Ghana, H.E. Natasha Eugenia Halfhuid, has called on Minister for Foreign Affairs and Regional Integration, Hon. Shirley Ayorkor Botchwey (MP).

The visit took place on Monday, October 21, 2019, in Accra.
Ambassador of Angola to Ghana,
Augusto daSilva Cunha, has also met the Hon. Foreign Minister to deliver a special message from his Foreign Minister.
During the meeting, Hon. Shirley Ayorkor Botchwey seized the opportunity to congratulate the Suriname Ambassador on the successful presentation of her credentials to President Akufo-Addo on September 10, 2019.

She wished the Ambassador a pleasant stay in Ghana and a successful tour of duty, and assured of Government’s support towards advancing the interests of the people of the two countries.

The envoy is the first Suriname Ambassador to Ghana and by extension, Africa.

The Ghanaian Foreign Minister referred to the long-standing historical relations between the two countries which dates back to the 1970s when diplomatic relations were first established.
She acknowledged that the Ghana-Suriname relationship has seen a revival in recent times with the exchange of several high-level visits.

Hon. Ayorkor Botchwey mentioned the participation of Vice President Michael Ashwin Satyandre Adhin as Guest of Honour, in the 20th Anniversary Celebration of Otumfuo Osei Tutu II’s ascension to the Golden Stool in April 2019, which was a reciprocal visit to the Asantehene’s own participation in the 43rd Independence Anniversary of Suriname in November 2018.

The Minister observed that the highlight of the Vice President’s visit to Ghana was the establishment of Suriname’s first African Diplomatic Mission in Accra.

Again, on the ‘Air Services Agreement’, the Foreign Minister disclosed that it has been proposed that the respective aviation authorities of the two countries liaise directly with each other in drafting a mutually beneficial document for consideration;
The Minister emphasized the fact that the signing of MOUs in various sectors was a demonstration of the desire of the two countries to translate the existing relationship into more practical projects for mutual benefit.

Meanwhile, she expressed regrets for the Vice President of Ghana’s inability to pay an official visit to Suriname, originally scheduled for 10th and 11th November, 2019.

But she assured that another high-level visit to Suriname will be scheduled at the earliest convenience, expressing support for specific areas of collaboration, such as trade and investment, agriculture and agro-processing, mining and tourism.

Hon. Shirley Ayorkor Botchwey seized the opportunity to promote Ghana as the gateway to the sub-region and added that with the establishment of the Secretariat of the African Continental Free Trade Area (AfCTA) in Ghana, the country has also become the point of entry into the entire African market.

According to her, as part of its economic transformation agenda, Ghana is implementing flagship programmes such as the ‘One District One Factory’ (1D1F), ‘One Village, One Dam’ and the ‘Planting for Food and Jobs’ initiatives among others, and called on Surinamese businesses to take advantage of existing opportunities and invest in these projects.

She further noted that the country’s educational sector also has great potential for cooperation especially in the field of Technical and Vocational Education and Training (TVET).

The Foreign Minister therefore expressed hope for bilateral engagements which will further strengthen relations between the two countries. 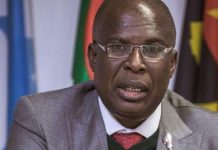 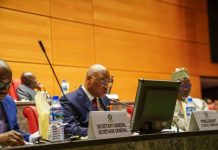 How to get a Visa to republic suriname

ABOUT US
Business Review Afrika is a media house structured exclusively to review and report the business, and economic activities of the African economy.
Contact us: info@businessreviewafrika.com
FOLLOW US
© Business Review Afrika | Design CryptoSat Crafted
wpDiscuz
2
0
Would love your thoughts, please comment.x
()
x
| Reply