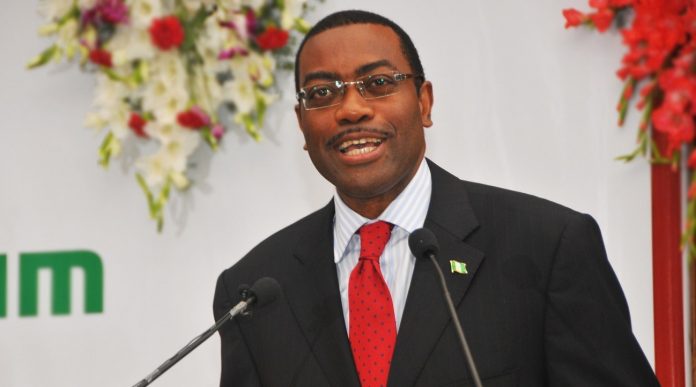 The Economic Community of West African States (ECOWAS) has endorsed the candidacy of African Development Bank (AfDB) President Akinwumi Adesina for a second term at the helm of the institution.

The decision was announced at the end of the fifty-sixth ordinary session of the Authority of Heads of State and Government of ECOWAS, held on Saturday in Abuja, Nigeria.

“In recognition of the sterling performance of Dr. Akinwumi Adesina during his first term of office as President of the African Development Bank, the Authority endorses his candidacy for a second term as the President of the bank,” ECOWAS said in a communique issued after the meeting.

Adesina is the eighth elected President of the African Development Bank Group. He was elected to the five-year term on 28 May 2015 by the Bank’s Board of Governors at its Annual Meetings in Abidjan, Côte d’Ivoire, where the same electoral process will play out next year.

Adesina is a renowned development economist and the first Nigerian to serve as President of the Bank Group. He has served in a number of high-profile positions internationally, including with the Rockefeller Foundation, and was Nigeria’s Minister of Agriculture and Rural Development from 2011 to 2015, a career stint that was widely praised for his reforms in the agricultural sector. The former minister brought the same drive to the Bank, making agriculture one of the organization’s priority areas.

Speaking earlier at the opening ceremony, Adesina reminded the group of the African Development Bank’s investments in the region.

“You can always count on the African Development Bank – your Bank,” Adesina told delegates.

ECOWAS President Jean-Claude Kassi Brou commended the Bank’s involvement in West Africa and said it had provided “invaluable technical and financial interventions…in the implementation of numerous projects and programmes”.

The ECOWAS summit included a progress report on the region’s economic performance. It noted the role of the African Development Bank in the continent’s transformation and called for greater cooperation in order to fund projects in West Africa.

“The Authority takes note of the region’s improved economic performance, with ECOWAS real GDP growing by 3.3% in 2019 against 3.0% in 2018, in a context characterised by a decline in inflationary pressures and sound public finances,” the statement said.

“It urges the Member States to continue economic reforms and ensure a sound macroeconomic environment in Member States, with a view to accelerating the structural transformation of ECOWAS economies and facilitating the achievement of the monetary union by 2020.”

The Authority commended efforts made on currency and monetary policy convergence in ECOWAS and laid out plans to advance the movement. These efforts are a key part of the regional integration agenda championed by the African Development Bank, as exemplified by the African Continental Free Trade Area, which aims to become the world’s largest free trade zone. 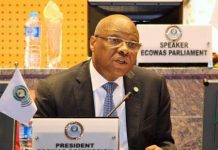