All had seemed well after the retreat. And prime minister Theresa May was hailed for what was considered a hard-won victory in uniting her cabinet. Despite her many failings she seemed to continue to beat the odds. So, what changed? With well-known divisions within the cabinet, the beaming smiles of the ministers in photographs of the meeting seemed unnatural. It was revealed even then that seven of the 27 ministers at the retreat opposed May’s plan, which she claimed allows for free trade between the UK and the European Union (EU) but does not involve free movement of people or subject the United Kingdom to the EU’s judicial system.

The resignations undermine the British prime minister’s negotiating position with the EU. And as the ongoing drama in the May government has been in the full glare of the public, the Europeans may become increasingly emboldened. They have thus far managed to push the Brits towards a softer and softer Brexit – that is, one where the UK’s exit is more ceremonial than actual.

Donald Tusk, president of the European Council, now even talks of a no-Brexit scenario. In a tweet after the resignation of Johnson, he remarked: “Politicians come and go but the problems they created for people remain. I can only regret that the idea of Brexit has not left with Davis and Johnson. But…who knows?” Incidentally, it is May’s softer Brexit stance that instigated the recent resignations. In the aftermath, she said her government would prepare for a range of Brexit outcomes including the scenario that she might not be able to secure a deal with the EU.

By itself an expensive venture, the costs of Brexit have certainly been compounded by the turbulence of the May government. And it is clearly not too certain she will be in power long enough to conclude negotiations with the EU. With the position of her potential replacement, opposition Labour leader Jeremy Corbyn, not too clear either, the consequent uncertainty is proving to be expensive for the British economy by the day, as firms make contingency plans. UK manufacturers and retailers are palpably and understandably concerned, with their chief executives becoming increasingly vocal about their frustrations.

The turmoil at Number 10 is also reverberating through the corridors of the Bank of England, the UK central bank. Already on a tightening drift, there might be some hesitation by its monetary policy committee members to rock the boat if the prospect of a leadership change on Downing Street remains. The central bankers hardly want to compound what are already mounting Brexit costs for the economy by an expected rate hike in Augus, which could instead of stemming rising inflation stifle growth.

In a parliamentary hearing in mid-July, Bank of England governor Mark Carney was unequivocal about one Brexit scenario at least: “…in the event of a no-deal scenario… there would be big economic consequences”. In any case, the governor has long signalled that the Bank of England will do what is needed on Brexit “whatever form it takes”.

Still, global firms with operations in the UK are making contingency plans. Ahead of the formal exit of Britain from the EU in March 2019, JP Morgan, an American bank, has begun to relocate some of its London-based employees across the EU. Added to the mix is the possibility that Brexit might not even happen at all, making all that expensive scenario planning a waste of time.

In fact, there is a cohort of influential and powerful politicians and businessmen making a concerted effort towards stopping Brexit or making it as soft as possible. In late June, for instance, former British prime minister Tony Blair called for Brexit to be delayed in a speech at British think-tank Chatham House: “We should plan now for the possibility we need to extend the March 2019 deadline.” A delayed or soft Brexit are probably the only options left now. Unless something emerges to delay the process, the United Kingdom will exit the EU in March 2019, the second anniversary of the government’s giving notice of withdrawal under Section 50 of the Treaty on European Union.

So how will the UK’s trade and investment relationship with Africa fare after Brexit? “We’ve got a UK-Africa trading relationship that’s worth more than £27bn and the UK is the second-largest investor in Africa, with over £21bn of investment,” Emma Wade-Smith, UK trade commissioner for Africa, told African Business in March. She also stated that “the government is very clear that no trading relationships should be worse off because of Brexit”.

“British companies that are active in Africa genuinely care [and] want to do good business,” she added, mentioning the many community support schemes undertaken by British companies “as a result either of their investment into Africa or their exporting relationship”. Malte Liewerscheidt, vice president at London-based research firm Teneo Intelligence is not so optimistic about the African trading relationship post-Brexit, however: “I’m not enthusiastic about this at all. Yes, Britain would need to make an effort at striking new trade deals, but priority would be given to large trading partners such as the United States or Australia. Besides, the emphasis would be more on opening markets in Africa for Britain, rather than the other way around. [Besides,] most African exports to Britain are primary commodities that are already duty- and quota-free.”

The evolving soft Brexit scenario, whereby the UK would retain existing EU trade rules, suggests there would probably not be much change to the current arrangement. 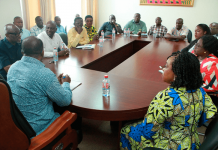 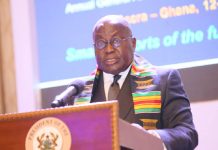 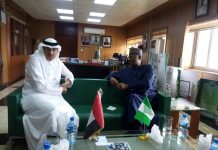