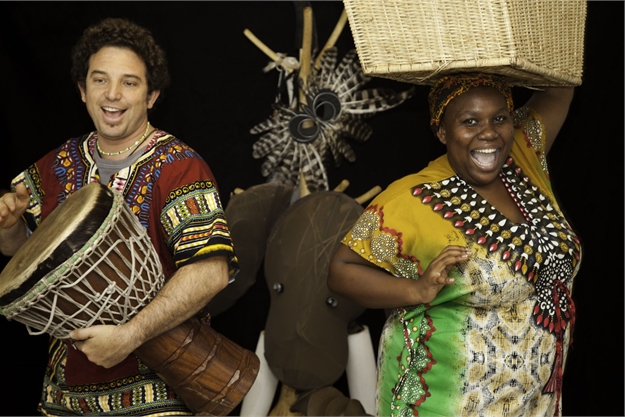 The 2018 Heritage Festival will be on at the Artscape Theatre Centre in Cape Town from 4 September-29 September 2018. The festival is set to celebrate the country’s diverse cultures and identities through indigenous, contemporary, and international artworks in dance, music, and jazz.
The flagship festival emphasises the need for South Africans to celebrate unity in diversity, through promoting social cohesion and inclusivity of our unique, colourful cultural heritage. The festival provides residents of Cape Town, itself a melting pot of divergent cultures, the Western Cape as well as South Africans at large with a platform to encourage dialogue about their values, aspirations and visions as we work together towards a united, inclusive and dignified South Africa.

The Jungle Theatre Company will present the colourful children’s theatre production The Magic Shell – an African folktale set in ancient times when the first people go on an adventure in search of stories. They discover magical animals and the stories come to life in English and isiXhosa with original songs and unique masks. The play encourages children to tell imaginative stories and to read; it fosters pride in our heritage and language, connects us to nature, brings laughter and opens up channels of creativity.

It is the turn of The Cape Malay Choir Board (CMCB) to host their prestigious CMCB Heritage Cup in the Artscape Opera House. This will be the best that Cape Malay choirs have on offer for their audiences – with a repertoire of songs to suit all tastes, in both English and Afrikaans.

My Miriam Makeba Story will showcase the local and international ‘rising star’ Sima Mashazi. Mashazi performed the role of the young Miriam Makeba in the first international musical, Mama Africa (which toured in both the USA and SA). In this show, Mashazi shares the themes in Makeba’s music and life that touched her and bear similarities to her own journey. Expect world-famous hits like Pata Pata to less known gems like Suliram (an Indonesian lullaby) and expect to be mesmerized by the talent of this rising star. She will be joined by Ramon Alexander on keys and vocals; Annemie Nel on drums; Dustin Julius on guitar; Chadleigh Gowar on bass; Marco Maritz on the trumpet and flugelhorn and Babalwa Meintjies on backing vocals.

Coenie de Villiers and renowned author Deon Meyer return with their box office hit Karoo Suite/Katrina, a musical ode to the Karoo. The second half consists of the debut performance of the dance production Katrina, Die Dansende Taal, based on the life story of Katrina Esau, the last remaining fluent speaker of the San language N/UU.

The concept for this is essentially a historical heritage piece, and the life-story/stories from San culture make up the core of the anchor piece. Esau and her sister Grieta Seekoei of Upington, are the last two speakers of the ancient San N/UU language. Music is by De Villiers in consultation with Prof Dizu Plaatjies.

The SA/Netherlands collaboration comes to life in a production titled Here to There. It is a site-specific dance/spoken word performance that connects Dutch and South African theatre-makers, dancers and spoken word artists and is partly performed in the public space and partly in the Arena. Texts by poet Koleka Putuma from South Africa are combined with choreography by Niki van Callandt from the Netherlands. The play mixes dance and spoken word and raises questions about the entangled histories of both countries South Africa and The Netherlands and how they manifest. Questions are raised about how we can remember and acknowledge our shared past and language while living alongside, and with, one another in the present. Here to There takes the audience on a tour in a performance through various physical and imaginary spaces and tells personal stories that stick to these spaces. A poetic danced ‘museum tour’ through places that are touched and affected by our shared past.

Not to be missed, the Cape Cultural Collective (CCC) will have a one-off performance in the Artscape Theatre of Just OUR Journey – an exploration and celebration of Cape Cultural Heritage through choir music, dance, poetry, hip-hop and story-telling. Just OUR Journey is a realistic glimpse into the potpourri of what Cape Town culture has on offer. It tells the story of the Rosa Choir with them performing some of their memorable songs alongside other Cape Town-based community performers and activists who, through the years, alongside the CCC have made significant contributions to our theatrical and political landscapes through their ground-breaking, pioneering efforts in the arts and culture arena.

Dizu Plaatjies in Concert with Zinzi Nogavu is a concert you will not want to miss. This show displays the beauty of African music through indigenous instruments and aims to take the audience through a journey of those indigenous instruments, along with the soulful voice of Ziziswa Nogavu performing alongside the Internationally acclaimed musician and Sama award-winning Professor Dizu (Mzikantu) Plaatjies. They will be accompanied by the UCT Alumni students from the African music department at the South African Music College. Social issues will be addressed through music but above all, it is to introduce the sensational unique sound of our traditional music. 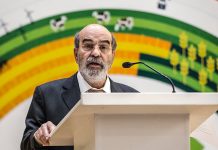